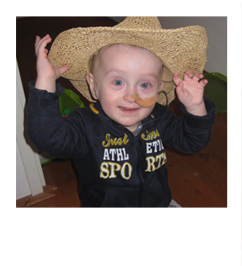 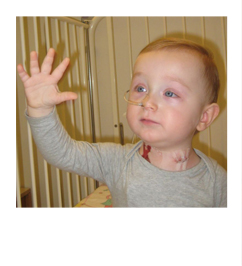 We can´t emphasize enough that without the enormous interest, help from our sponsors, donors and the tireless efforts of many people that sympathize Kaj and us, the Foundation Chance for Kaj wouldn´t have been able to become such a tremendous success. Our appreciation and thanks are incredibly wide!

Sufficient funds have been raised to support the family the first half year in America financial during the scheduled immunotherapy in Philadelphia. The foundation will continue to support the ongoing actions, and slowly reduce the intensity. The foundation Chance for Kaj doesn´t have a target amount, to be able to pay for any possible subsequent treatment(s) for Kaj if required. In case the journey can´t continue or whether funds are left over after Kaj his health situation remains stable for a longer period, then that money will be donated to a pediatric cancer-related goal or foundation, which is statutorily defined. Think of parents in a similar kind of situation as the parents of Kaj, and think of Villa Joep, thé foundation against childhood cancer Neuroblastoma. All remaining donations therefore also support a great charity!

Give Kaj a chance

Our son Kaj is a happy toddler, who turned one year on 29th November, 2011.
Short before his first birthday we went to our general practitioner with vague symptoms, and were referred to the hospital for further examination. The result is overwhelming…

Kaj has Neuroblastoma childhood cancer with metastases. This is a rare disease that affects approximately 25 children in the Netherlands. The survival rates are low, ultimately only 5 out of these 25 children will survive.

The doctors in Sophia childerns hospital in Rotterdam will do what is in their power to overcome this severe form of child cancer: a heavy treatment starts with intensive chemotherapy, surgery, radiation and stem cell transplantation.

Recently a new therapy has been developed in the Childrens Hospital in Philadelphia which increases the cure rate significantly by 20%!

For this follow-up treatment we will move to America for a half year after his last chemo June 2012. To make this financially possible our friends and family members have set-up the foundation “Chance for Kaj”. Foundation Chance for Kaj has set itself the goal to generate funds to cover costs arising from treatment of Kaj in Philadelphia. Among others think of travel and subsistence expenses for Kaj and his parents. We intend to raise the funds by organizing various activities, recruiting sponsors and donors.

Will you help us win the battle against Neuroblastoma for Kaj?
All donations are welcome, no matter how big or small they are!
1704.94.659 Rabobank, Rotterdam

Among others you can read on this website about current actions and how you can help us.

In case the journey can´t continue or whether funds are left over, then that money will be donated to a pediatric cancer-related goal or foundation.*